Home   And Just in CASE   Christian Apologetics - Who needs it?

Christian Apologetics - Who needs it?

In Issue # 20 of Case Magazine in 2009 William Lane Craig offered an interesting discussion about the place of Christian Apologetics. This is an extract from the article. 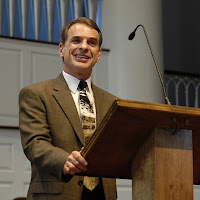 I agree wholeheartedly with contemporary, so-called Reformed epistemologists like Alvin Plantinga that apologetic arguments and evidence are not necessary in order for Christian belief to be warranted for any person. The contention of theological rationalists (or evidentialists, as they are misleadingly called today) that Christian faith is irrational in the absence of positive evidence is difficult to square with Scripture, which seems to teach that faith in Christ can be immediately grounded by the inner witness of the Holy Spirit (Romans 8.14-16; 1 John 2.27; 5.6-10), so that argument and evidence become unnecessary. Further, the Christian evidentialist faces other severe difficulties:

(1) He would deny the right to Christian faith to all who lack the ability, time, or opportunity to understand and assess the arguments and evidence. This consequence would no doubt consign untold millions of people who are Christians to unbelief.
(2) Those who have been presented with more cogent arguments against Christian theism than for it would have a just excuse before God for their unbelief. But Scripture says that all men are without excuse for not responding to the revelation they have (Romans 1:21).
(3) This view creates a sort of intellectual elite, a priesthood of philosophers and historians, who will dictate to the masses of humanity whether or not it is rational for them to believe in the gospel. But surely faith is available to everyone who, in response to the Spirit’s drawing, calls upon the name of the Lord.
(4) Faith is subjected to the vagaries of human reason and the shifting sands of evidence, making Christian faith rational in one generation and irrational in the next. But the witness of the Spirit makes every generation contemporaneous with Christ and thus secures a firm basis for faith.

1. Shaping culture. Apologetics is useful and may well be necessary in order for the Gospel to be effectively heard in Western society today.