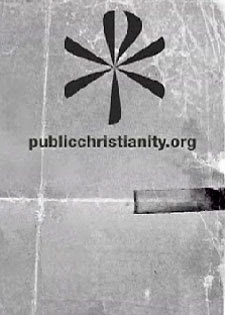 John Dickson and Greg Clarke recently launched the website for their new venture the Centre for Public Christianity (CPX).

CPX has been established as a non-denominational research and media organisation designed to foster public understanding of the Christian faith.

The website was launched over the Easter weekend and features a video library service and articles on a range of topics.

For a new site it has a lot of excellent content on a variety of topics including atheism, US foreign policy, popular culture, the truth of the resurrection and so on. The video content includes a number of clips from the Christ Files program that aired on Good Friday as advertised in a previous post.