Home   And Just in CASE   Bioethics and Future Hope: An Eschatological View of the Future
Ethics medical ethics worldview

Bioethics and Future Hope: An Eschatological View of the Future 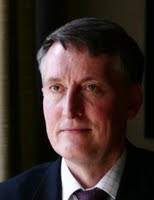 Last night Professor John Wyatt presented his final talk in the 2009 New College Lectures - ‘Bioethics and Future Hope’. In his first talk (here) he described two alternative worldviews, one he termed materialistic which he suggested sees life as the result of random events with no underlying purpose; matter is all there is. He contrasted this with a Christian worldview that sees the cosmos as founded in the intentions of a Creator. Humans he argued are the creative work of God and are made in his image. Each worldview he argued leads to different views of personhood that shape our choices about life and death.


In his second lecture (here) he took this further and challenged the materialist’s view of life, that it is little more than well-evolved matter. He stressed that a worldview based on biblical understanding views humans as both physical and immaterial beings. He critiqued the language of ‘potentiality’ and the philosopher’s notion of a ‘not quite yet a person’ when applied to the embryo, or the ‘no longer a person’ judgement made of the terminally ill, demented or brain injured person in the final stages of life.

He also talked of the different views of pain and suffering, life and death that flow from these different worldviews. He pointed to the great fear of our time - loss of independence and autonomy - and the renewed acceptance of an old folly, seeing suicide and euthanasia as noble ways to die when faced with what is judged to be a less than human existence. Such a judgement he reminded us overlooks the fact that sometimes the image of God is seen most clearly in brokenness and the imperfect.

A Christian understanding of future hope

In his final talk he closed the circle by not only considering the end of life but our future eternal hope. The physical universe and our place within it have a clear purpose, hope and future. He argued that our future would not be a human construct, an artefact of our ingenuity and the ability to control our destinies. Instead, he suggested that the future is a reflection of the loving purposes of God. In Jesus we not only see God but the perfect human being, the one in whose likeness a new creation will spring.

Paul in writing to the church in Rome expressed our future hope this way:

For I consider that the sufferings of this present time are not worth comparing with the glory that is to be revealed to us. 19For the creation waits with eager longing for the revealing of the sons of God. 20For the creation was subjected to futility, not willingly, but because of him who subjected it, in hope 21that the creation itself will be set free from its bondage to corruption and obtain the freedom of the glory of the children of God. 22For we know that the whole creation has been groaning together in the pains of childbirth until now. 23And not only the creation, but we ourselves, who have the firstfruits of the Spirit, groan inwardly as we wait eagerly for adoption as sons, the redemption of our bodies. 24For in this hope we were saved. Now hope that is seen is not hope. For who hopes for what he sees? 25But if we hope for what we do not see, we wait for it with patience. (Romans 8:18-25)

The need for a biblical (NOT secular) eschatology

As he concluded the series Professor Wyatt challenged the audience to consider a biblical eschatology that speaks of the coming kingdom of God founded in and through Christ. This was our only hope, not a secular eschatology that places our hope in humanity's ability to reconstruct the future.

In pointing to the Bible’s eschatological view of the future (as both a Christian and a medical practitioner) he reminded us that in Christian thought, love is joined with the other virtues of faith and hope:

“They are virtues which all point to the future. To use theological jargon, they are eschatological virtues, pointing towards the end times. When we love someone in the present, showing practical, empathic, respectful, sacrificial caring, we are also pointing them to the future, to the hope of the resurrection. We are treating someone now in the light of what they are going to be. This is why we can still respect and treat with dignity even the most tragically damaged of human beings. The malformed baby, the person in the persistent vegetative state, the profoundly demented individual are those who can, in God's grace, be transformed to become a new creation. So practical Christian caring for those with a degenerative condition like dementia is not a sentimental nostalgic reaction, treating someone with respect just because of what they once were. We treat them with respect because of the God-like image that, in his grace, they will display in the future. In fact, Christian love can only be intelligible in the light of the Christian hope.”

Full details on the lectures (here)