We believe in science. To be honest, we’d have to be crazy not to. Subject to the evidence of course. In our latest edition of Case magazine we explore the theme 'Believing Science'. The various writers in this issue acknowledge that science has taught us much about our world and how it works. It has led to amazing technologies hardly dreamt of before: test-tube babies, heart transplants, mobile phones, nuclear energy, space exploration. The news is full of the latest research that tells us all sorts of things, from what the surface of Mars is like, to whether people who drink red wine are healthier; from the development of new high-yield crops, to exciting new treatment possibilities for autism.


Science—and our acceptance of it—are so much a part of our lives that it is hard to imagine things being otherwise. But in terms of human history, science is a relatively recent phenomenon, and one that assumes a particular view of the natural world as regular and ordered.  In an excellent piece of historical analysis, Peter Harrison discusses the rise of Western science, and in particular, the role Christian theology played in legitimising the acceptance of the science we now take so for granted. 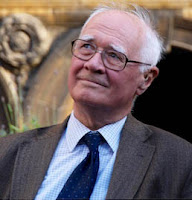 However it is not always easy to believe what science tells us, for a variety of reasons.  Sometimes scientific findings seem altogether too strange to be believable, as John Polkinghorne points out in his short essay. For our minds, which have developed their intuitions about how the world works amidst trees, tables and teenagers, such theories as quantum physics or relativity are difficult even to conceive, let alone believe. We need to rely not on what seems obvious, but what the evidence points to. And yet it remains the case that these same minds, which darkly reflect the mind of their creator, are able to explore and understand this ‘mysterious universe’.

Another stumbling block to believing science is the difficulty of working out exactly what it is that the science tells us. Using climate science as a case study, John Quinn explores some of the factors contributing to this difficulty. Science, he points out, is not a homogeneous endeavour. There are many different branches which employ different methods to study phenomena of varying complexity. Our confidence in the outcomes needs to be weighted accordingly. Taking another step back, for the non-specialist, there is the problem of sorting through the different accounts of what the science tells us via politicians, the media and other channels. Which ‘experts’ should we believe? Which of the conflicting reports can we trust? What approach should someone seeking to be a responsible citizen take, and is it any different to a Christian approach?

As well as addressing these aspects of ‘belief in science’, this issue of Case Magazine also looks at the ‘science of belief’ with two articles from a new and growing field of research, cognitive science of religion (CSR).  Religious belief and practice are near universal, but why is that the case? Can the study of human psychology throw any light on this? According to Jonathan Jong, the research indicates the answer is ‘yes’. Our minds are quick to attribute things that happen in the world to other agents or beings ‘out there’, and to readily believe in them.  Other features of human psychology are identified that help explain why it is that some religious traditions spread and flourish while others go nowhere.

Justin Barrett lays out what ‘natural religion’ looks like according to current research—the characteristics of the kind of religion that comes naturally to human minds.  He then looks at how this ‘natural religion’ relates to theology in established religious traditions like Christianity, and also at the potential for interaction between theology and cognitive science.

Because of its direct reference to religion, CSR is likely to be keenly watched by religious apologists and atheists alike. Both Jong and Barrett discuss the implications of CSR for Christian and other religious belief. Does explaining religious belief by appealing to human psychology mean that religion is ‘explained away’? While some have argued that this is the case, Jong and Barrett disagree, maintaining the distinction between explaining something and explaining it away is critical. He also suggests a number of strategies that are open to apologists.

Robert Stening’s review of The Principles of Neurotheology by Andrew Newberg, resonates with Jong and Barrett’s paper. Neurotheology is another field that seeks to investigate religious phenomena, this time using the methods of neuroscience. Our final review by Cath Finney Lamb also addresses religious belief but from a completely different angle, with a discussion of Elmer Thiessen’s important book, The Ethics of Evangelism.
For any Christian, a consideration of science and its claims is vital to an apologetic defence of one’s faith. We hope you enjoy this issue of Case Magazine.

Want to read some more?

Dr John Quinn's article on 'Finding the Truth in the Climate Change Debate' is a free download HERE.  You can buy this single issue of Case magazine HERE or become a CASE Associate for $55 AUD and receive all four quarterly issues as part of your subscription HERE.