I have the privilege of being Master of 'New College' at the University of New South Wales in Sydney. We have regular formal dinners for all residents when we eat good food together, enjoy a musical item by talented residents and listen to a guest speaker. One of my tasks is to identify the speakers, invite them and introduce them to our residents. I try to find people of varied backgrounds, interests, life experiences, cultures etc. At our June dinner I invited a remarkable 27 year old man to speak to us - Dr Sam Prince. I asked him to speak about his life as a doctor and his entrepreneurial activities building a chain of restaurants and initiating varied projects designed to fight inequities of one kind or another.

He shared many interesting things, but one idea in particular has stayed with me. He suggested that as a young many he has learned that it is important to ask people the 'second question'. 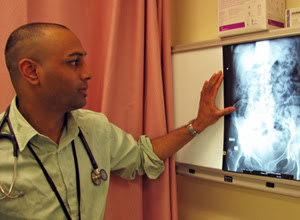 What did he mean by this? Something quite basic, but in it's own way, quite profound. As an innovator, entrepreneur and consummate networker, he had found that it's easy to ask one question, hear the answer, then keep talking about your self, or move on to the next person. He suggested that it was important to 'listen' well enough to ask the right second question. He shared several powerful examples of strangers he had met and with whom he now had significant relationships after asking a second question. He stressed that each of these conversations could have ended with just one question. But it was the second question that often opened the door to more substantial discussion. While I assume that Sam Prince isn't the first person to think about 'second questions', it is a helpful reminder.

I should stress that he shared his insight, not as an apologetic strategy for any faith. In fact, I don't think he has a religious faith of any kind. But his insight about the second question is of immense relevance to apologetics. There are many books and blog posts that talk about asking good questions, leading questions, tough questions and so on. But the role of the question is to hear what someone says, particularly what's on their heart. Our questions should hopefully open a door that allows us to understand the person we're talking to, and understand their deepest needs.

Often the first question we ask of anyone - friend or stranger - is simply an opening. How are you today? Having fun? Been here long? Are you okay? Questions of this type often receive a response, but frequently they offer little and sometimes are not even truthful. "How are you?" "Oh, I'm fine". But the good friend, neighbour or work mate will assess the words of response in the light of other things. Is he or she really 'fine'?

It is remarkable how many times I have approached a friend and received a response like 'fine' and then followed it with a second question that has elicited a different response. "Are you sure you're fine, you look tired?" To such a second question I have often received a much more honest response. "Not that flash really." Such an honest response might lead to a significant conversation that opens the door to those deep fears, troubles, hopes, passions and so on. It is only if conversations get to the 'second question' and beyond that you will have the opportunity to share your own hopes and the God in whom you have placed your trust.