Most definitions of apologetics start with Peter’s call in his first letter (1 Peter 3:15) to always be “…prepared to make a defence to anyone who asks you for a reason for the hope that is in you”. Typical of these definitions is Steven Cowan’s - “..the defence of the Christian faith against charges of falsehood, inconsistency or credulity” in ‘Five Views on Apologetics’. A definition like Cowan’s pushes us towards methods based on reason and argument. Paul’s defence before Roman officials (Acts 24-25) is one example of how this is done.

But most contemporary apologists suggest that apologetics must not just be defensive, it should also be ‘offensive’. While defensive apologetics involves refuting arguments, ‘offensive’ apologetics offers positive reasons for the Christian faith. Is this simply argument by another name? Perhaps, but this type of dialogue has a different origin and can be conducted on different terms.

CASE publishes a quarterly apologetics magazine (Case - our last issue was on the theme 'The God of Science') that I edit which is concentrating on the nature of apologetics in its next issue (due out in 3 weeks). We’ve done this because we believe that apologetics is commonly misunderstood and neglected by many Christians. Our writers show how relational and rational apologetics can co-exist. While not denying the importance of knowledge, they collectively underline that apologetics takes place between people sharing relationships.

I am always challenged by the varied contributions in each issue, and this one is no exception. In my introduction to the magazine I identify a number of foundational principles that I think help us to rethink attitudes and approaches to apologetics; here are four of them.

Apologetics is more than winning arguments

In offering a defence or reason for the hope that we have in Christ, we must do more than simply seek to win arguments; our lives must also commend Christ. David Hohne contributes an excellent essay in which he uses Peter’s challenge in his first letter (1 Peter 2:12) to have lives that commend God to others.

“Keep your conduct among the Gentiles honourable, so that when they speak against you as evildoers, they may see your good deeds and glorify God on the day of visitation.”

David Hohne argues that our defence should not be simply rational argument; we must use our ‘head, heart and hands’ and live as apologetic people in apologetic communities - “…our whole lives as both a defence and commendation of the grace of God in Christ.” The church is not separate from culture, and yet it should stand out against it.

Michael Jensen who also contributes to the issue makes the related point that the church needs to build “communities of grace” and demonstrate authentic Christian lives. Christ-centred communities draw attention to the one in whom its members place their hope.

We must look for new ways to engage in apologetics

In another excellent contribution to the magazine Andrew Bain points out that a common error with apologetics is to see it as just skills and tasks to be learned. He suggests that we must become better at connecting key elements of the Christian faith and the related themes of the culturally rich world in which we dwell. We need to articulate, for the benefit of others, those points of “conflict and connection” between Christian doctrines (e.g. the Trinity, revelation, Scripture, and Christology) and the key themes of the cultural and intellectual world in which we live. 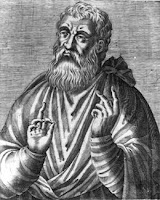 Richard Gibson and Mike Thompson in an article titled “What happened to God’s emotions? (A warning to the apologist from history)” warn us to be true to the gospel we proclaim. They argue that we must be careful not to strip God of elements of his character as we present him to the world. Their focus in this paper (by way of example) is a consideration of three 2nd century apologists (Justin Martyr, Athenagoras and Clement of Alexandria) who they suggest used impassibility in a sense designed to rule out emotion as part of the character of God. They warn that in making the gospel intelligible we must avoid ending up presenting a God and a gospel inconsistent with what the Bible teaches.

Exercise humility as we present Christ

A common theme (and one I’ve written about on this blog before HERE) is the need for a more ‘humble apologetic’. Michael Jensen writes that we must prayerfully approach our dialogue with others with the knowledge that God is sovereign in our apologetics. As well, he commends the apologist to listen attentively and intelligently, and be prepared to say ‘I don’t know’. Similarly, William Lane Craig commends us to be “relational, humble and invitational”. We must present the reasons for our hope “with gentleness and respect” (1 Peter 3:15).

The themed contents of Case 20 include the following contributions:

Richard J. Gibson & Michael Thompson, ‘What happened to God’s emotions? (A warning to the apologist from history)’

There are also two reviews:

Jonathan Marquet, ‘The Household: Informal Order Around the Hearth’

Associates of CASE will receive their copies in three weeks. If you’d like to become an Associate check our website HERE.