During the recent Olympics I caught a story on Channel 9's A Current Affair of great interest. It brought into mind a few interesting articles from Case # 15 Communication, Cyberspace and Community.

Over the past several months several local papers, digital journals and now ACA have reported on the Wollongong Catholic Education Office’s new Anti-Bullying program – and specifically the fantastic You-Tube video produced by a group of their primary and high school students.

The video speaks for itself, as it very clearly articulates the impact of bullying, and will no doubt provide some great talking points as this multimedia production is used as a teaching tool in many schools. The irony being of course, that the internet, which up until now had been criticized as an tool for student bullying, is now been used a weapon to reduce bullying in schools. The video went viral since its first release in March and has been attracting attention in other countries including England, Switzerland, and the United States. It was certainly heartening to see that this more modern mode of communication being utilised in such a vital project.

Case # 15 Communication, Cyberspace and Community, and in particular Mark  Hadley and David   Horne’s article “The Brave New Online World” is an examination into this vast new mode of communication. They observe

Since the launch of the Internet into the public arena in the nineties and the widespread adoption of mobile technology, our society has undergone a radical change in the way we gather information, learn, communicate and ultimately in the way we relate.

The article goes on to investigate now the internet can be a tool for radical change, instant easy global connection, community, and evangelism. The article, while it does identify some pitfalls of the technology it goes on to conclude

We need to think outside the square, be prepared to try anything, be willing to make mistakes and learn from them, much like the Internet industry itself. It is a Brave New Online World out there but, with God’s help, we can utilise it in our task of disciple-making.

While still in Case # 15,  readers might also read “Truth and the Internet”, just as schools and students (mentioned above) have found the internet as useful teaching and learning tool,  Prof Trevor Cairney in his article discusses how

The article goes on to investigate the

“many questions about where it might take us. In particular, I have been contemplating how the Internet impacts on the knowledge we gain from it and the way we view the nature of truth” 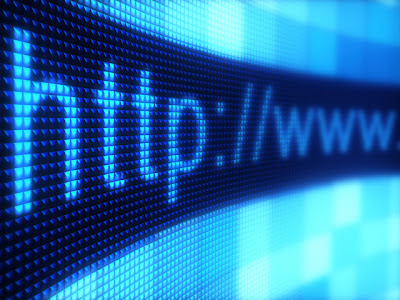 I very much have enjoyed revisiting some discussion on the usefulness of internet and emerging forms of communication and learning, through my re-reading of Case # 15 Communication, Cyberspace and Community. I have provided some links to the relevant articles and invite Case readers to  check these articles out themselves. Remember Case #31 will be published in the next week or so… it might be time to subscribe to our magazine.