Local media have reported, over the last couple of weeks, the sad case of Rebekah Lawrence. In December 2005, Rebekah, an apparently normal, happily married 34-year-old, jumped to her death from a building in the centre of Sydney (see link here). In the minutes immediately preceding her death, she exhibited behaviour that was characterised, in an inquest into her death that concluded last week, as “psychotic”, including removing her clothes, singing and talking in a childlike voice, and other “regressive” behaviour. This was totally out of character for a woman described as “measured and conservative”.

Just two days before her death, Rebekah had concluded a four-day personal development course called the Turning Point, run by Sydney-based Company People Knowhow. The course features "guided meditation, regression therapy and body work”, and promises to take its participants on "a journey to the core of the human spirit". The intention of the course is to improve the quality of people's lives by "developing emotional maturity, intelligence and soulfulness".

Forensic psychiatrist Michael Diamond, appearing at the inquest, criticised the use of regression therapy techniques as they are practised on the Turning Point, suggesting that staff involved did not have the training or expertise to deal with the “intense emotional fallout” that could be provoked by the course. It is Dr Diamond’s belief that there was a causal link between what Rebekah underwent during the course, and her bizarre behaviour leading up to her death.

While obviously feeling great sympathy for Rebekah’s Lawrence’s husband, family and friends, I have found the case disturbing on another level: twenty-odd years ago (when I was not a confessing Christian), I attended the Turning Point course myself. The company has since changed hands, and no doubt some of the course components and methodologies have altered somewhat. According to descriptions I have read recently, however, it is substantially the same.

My recollections of the course are that it probably helped me quite a bit at the time with certain personality and relationship issues that I have struggled with. I experienced no obvious negative reaction. That being said, aspects of the course were extremely confronting. The course virtually forced participants to face aspects of themselves that were often not easy to acknowledge or deal with. I can just about imagine that for the “wrong” kind of person, an extreme negative reaction of some sort could be forthcoming (refer to link here).

According to the company’s records, some 40,000 people have completed the Turning Point (over a period of more than 25 years), and this is the first occurrence of a negative reaction of such seriousness (in fact, as came to light during the inquest, another person is believed to have died shortly after completing the Turning Point – possibly due to self-inflicted stab wounds. See link here). 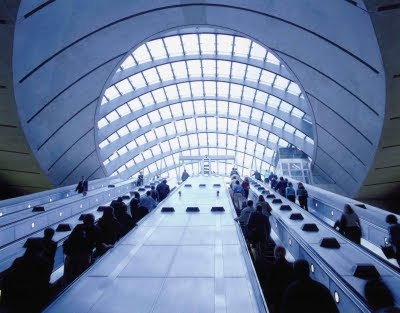 Self-help courses like Turning Point have proliferated over the last three decades. It is a major industry, and one wonders at the reasons for their popularity. While one can (perhaps slightly cynically) note that participants in such courses (in my experience, at least) are overwhelmingly middle class, and professional or quasi-professional, it would be unfair to characterise them as just another “yuppie” luxury item: the need seems to be real. This prompts the question of why so many people seem to experience a need to engage in such extreme therapy methods. Are people really that unhappy? If so, why? And what is the solution?

The Christian answer comes in two parts. The bible teaches that humankind lives in a “fallen” state, meaning essentially that due to the sinful rebellion of mankind against the rightful rule of our creator, we are doomed to live in a state essentially different from the one intended for us (Genesis 3). This will manifest itself in various ways, including the breakdown of relationships, and to a greater or lesser degree the absence of a sense of well-being. The perceived need to re-achieve the sense of “rightness” and right relationships lost at the Fall is likely to result in a ready market for those able to provide courses and therapies aimed at doing that.

The problem with such therapy methods, useful though they can be (I am in no way suggesting, for instance, that there is no such thing as legitimate treatment of genuine emotional or psychological ills), is that they treat the symptoms, rather than the disease. If human sinfulness is the root problem, then it stands to reason that the only true solution will be one, which addresses that problem. 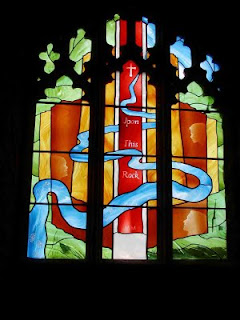 Jesus came to earth essentially to die for humankind, and by his sacrifice to remove the barrier of sin that separates us from a holy God. By committing our lives to him, the bible tells us, and by trusting in him, we can enjoy the benefits of Jesus’ atoning death and ensuing resurrection. The results will be improved relationships, a greater sense of “rightness”, and the extraordinary hope that we will enjoy, in eternity, perfect relationship with Jesus and all others who belong to him.

This is not to suggest that Christians will always have wonderful relationships – with each other or with non-Christians. It has been the experience of the faithful through the ages, however, that those in whom the Holy Spirit is at work will experience the fruits of the spirit: "love, joy, peace, patience, kindness, goodness, faithfulness, gentleness and self-control” (Galatians 5:22,23). While courses like Turning Point can be helpful for some people in dealing with certain issues, the far weightier “turning point” Jesus calls us to reach involves turning our lives over to his lordship.