This post has been written by the Associate Editor of Case,
Roberta Kwan

Apologies to science teachers, but I hated science at school. Unfortunately my only memories are the rather stereotypical horror of dissected rats and frustration over chemistry experiments gone pear-shaped. Maybe a combination of this natural dislike and personal ignorance is why I’ve kept my distance from science since school.

However, I’m becoming increasingly convinced that, as a Christian, ignorance is not the best policy. This is because of the position taken on science by many atheists, particularly those within the New Atheism movement. Science, they say, is the opposite of religious belief. As such, the broad discipline of science has been co-opted for the atheistic cause. This apparent dichotomy is expressed in non-intersecting, categorical terms such as naturalism versus supernaturalism, rational versus irrational/superstitious and educated versus ignorant; in the inflammatory words of Richard Dawkins: ‘Highly intelligent people are mostly atheists’ ‘No heaven, no hell, just science’ sums up the catch-cry of the New Atheists, whose mantra is now prominent in popular consciousness.

Therefore, I think it’s important for Christians, even Christians of the non-scientific variety like me, to do some thinking on the issue. In recent weeks, while putting together the current issue of Case magazine that is focusing on science and faith, I’ve been helped by Christian scientists (not an irreconcilable union of two nouns) to see the falsity of the science versus faith dichotomy and, more exactly, the science versus Christianity dichotomy. In brief, here are a few helpful things I’ve learnt that may also be useful for non-scientific people such as myself:

1. Modern science developed in the sixteenth and seventeenth centuries from Christian convictions. In particular, science arose from the belief, grounded in the Bible, that God is orderly, rational and trustworthy, and that his creation reflects his character. It is this belief that opened the way for the experimental, systematic study of God’s natural world, primarily by Christians, called ‘science’.

2. It is possible to be a respected scientist and a Christian. Francis Bacon, Isaac Newtown, John Polkinghorne and Francis Collins are prominent examples from today and yesteryear.

4. Atheism is not the inevitable conclusion of evolutionary theory. The theory of evolution does not discredit or destroy belief in God and, specifically, Christianity. Indeed, as the Apostle Paul wrote in 1 Corinthians 15, Christianity stands on the bodily resurrection of Jesus Christ and will only be destroyed if it is proved that Jesus did not rise from the dead. ‘... if Christ has not been raised, your faith is futile; you are still in your sins.’ (1 Corinthians 15:17)

5. The third definition of ‘religion’ in the 2007 edition of The Oxford Dictionary and Thesaurus is ‘a pursuit or interest that is very important to someone’. In this respect, the New Atheism could be called a religion as it is very important for its proponents to convince others to adhere to their pursuits. As Dawkins says, ‘I’m quite keen on the politics of persuading people of the virtues of atheism’ . The language of New Atheism is that of religious rhetoric.


'Wake up people!! We are smart enough now to kill our invisible gods and oppressive beliefs. It is the responsibility of the educated to educate the uneducated, lest we fall prey to the tyranny of ignorance.’

You can view part of the highly-charged exhortation from New Atheists here. 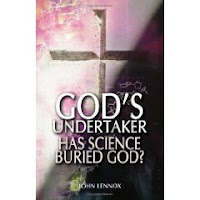 The use of science to argue against religion has, in more ‘extreme’ cases, moved from a scientific argument to a religious one. John Lennox puts it succinctly: ‘I see the conflict as not between science and religion at all, it's between two world views: atheism and theism ...’

These points have given me greater confidence in the God of the Bible (and in science!)